Can You Get a DUI for Failing an Interlock Device?|

The whole idea behind an ignition interlock device (IID) is to prevent you from drinking and driving, and getting another DUI. All 50 states and Washington DC have ignition interlock laws, but each state has different rules regarding who has to get one, and how closely you are monitored.

By now you know a little bit about how these devices work.They’re essentially breathalyzers that are tied into your vehicle’s starter. Each time you want to start your car, you must blow into the device to give a breath sample. The IID analyzes the sample for any alcohol content. Pass the test and you can start the car. If the device detects alcohol at or above the state’s preset level (usually .02-.025), you fail the test and the device prevents you from starting your car.

On a startup test, chances are very slim that you would have a police officer standing right there to see you fail the test. Now, if an officer pulled you over for some reason, they could ask you to blow into the device before letting you go, and make note of what the results are. So if you did blow a BAC that caused you to fail the test, if it was below the standard legal limit of .08, it’s doubtful that the officer would charge you with DUI. But do you want to risk it by drinking and then attempting to drive?

Rolling Retests Are a Different Story

So you’re familiar with the rolling retest. Once you’re out and about driving to work, to the grocery store, out to eat, or whatever, the device randomly prompts you to submit another breath sample. Submit a clean sample and all is well, and you keep going. Submit a sample that is above the preset level, and you may be in trouble. While the car engine will not just cut off, some states require that if you fail a rolling retest, that your car horn starts blaring and/or your lights start flashing.

If Your IID Has Real Time Reporting and GPS

Some states monitor DUI offenders very closely. Take New York State’s Problem Driver Restrictions, for example. You can only drive to and from work, school, medical treatment, and during your work hours. The New York Courts require ignition interlock devices for certain offenders to be enabled for real time reporting (24/7), and be equipped with GPS. This is in order to monitor your whereabouts and whether you have failed the interlock device test.

If you are not allowed to drive at night and your monitoring agency sees that your car is on the road at 2am, they can alert a law enforcement officer to go check it out. If they see that you just failed a rolling retest, they can call 911 to have an officer stop you on suspicion of DUI.

So in this scenario, you could potentially get a DUI for failing an interlock device breath test.

Don’t Attempt to Drink and Drive

The bottom line is while it’s not likely, you could get a DUI for failing an interlock device breath test. Play it safe, and don’t attempt to drive if you’ve had anything to drink. Get a ride home with a friend, call a taxi, Lyft, or Uber. The financial consequences of another DUI, and the automatic jail time involved with a second offense just aren’t worth it.

If you follow the rules of your restricted driving program, you can complete it in the least amount of time possible, with the least expense.

If you need to get an ignition interlock device installed, and we’re on your state’s list of approved vendors, ALCOLOCK is ready to help. We provide fast and affordable installation and service visits at service center locations around the country. Just call the service location most convenient to you to set up your IID installation. You can also call ALCOLOCK directly at (866) 700-9300. Keep in mind that you will have regular service visits to the same location, so you may want to choose a service center that is closer to work, or home, depending on your needs.

In addition, you will need to have someone drive you to your installation appointment. You can drive only after the device is installed. Most installation appointments last about an hour. That time includes the physical installation of the IID in your vehicle, calibrating it to you and anyone else who will be driving the vehicle, showing you how to use it, and explaining what all of the sounds, lights, and screen messages mean. Finally, before you drive off, you will schedule your first service visit. Those take about 20 minutes. 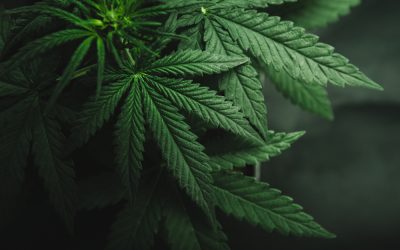 General,
What Is the Legal BAC in My State? Continue Reading »