Drunk driving is on a slight increase in North Carolina over the last few years. According to the North Carolina Division of Motor Vehicles (DMV) Crash Data Facts Report for 2017, there were 11,342 drunk driving crashes across the state in 2017. Fortunately, both the number of fatalities (368) and injuries (7922) were down over previous years.

North Carolina lawmakers and the DMV would like to reduce the number of drunk driving accidents even further. To that end, they have toughened drunk driving laws and launched education campaigns. Some of their efforts include:

In North Carolina, like most states, it’s illegal to drive with a blood alcohol content (BAC) at or above .08. There is zero tolerance for someone below the legal drinking age of 21 to drink and drive, no matter how little alcohol is in their system. Penalties for a drunk driving conviction are pretty still, loss of your license, including fines and jail time. And if you’re arrested for drunk driving while your license is revoked, authorities can seize your vehicle, and the local school board can sell it.

State law allows law enforcement agencies to set up sobriety checkpoints, where they can stop all drivers or stop random drivers. If they have reason to believe you have been drinking, they can conduct a field sobriety test or order you to take a breathalyzer. If you refuse, the officer can confiscate your license for 30 days, and for as much as a year after a hearing. And that’s even if you’re not convicted!

Anti-drunk driving advocates and health advocates are pushing for the legislature to require ignition interlock devices for all offenses, including all first offenses.

North Carolina’s Booze It and Lose It anti-drunk driving campaign is recognized as one of the nation’s most successful. Over the years, the campaign has increased awareness of the dangers of drunk driving. The vast number of arrests over the years and the media publicity the sobriety checkpoints and increased patrols get discourage people from driving drunk.

Over the July 4th holiday in 2018 alone, law enforcement involved in the Booze It and Lose It campaign conducted 3,943 checkpoints and patrols and charged 1,373 people with DWI.

If you’re required to get an ignition interlock device installed in your vehicle, ALCOLOCK has numerous North Carolina ignition interlock device installation locations for you to choose from. From Franklin to Wilmington to Piedmont, we’ve got you covered. Your installation appointment should only take about an hour, and that includes the initial calibration of your device and training you in how to use it. Your technician will also explain what all of the various lights and audible signals mean, so by the time you leave the service center, you know exactly what to expect.

At that installation visit, we’ll also schedule your first monthly maintenance appointment. Your device will send you a reminder several days before you are due to come in. Those visits generally take 20 minutes or less. We calibrate the device, if needed, and upload the report to the DMV. Visit our FAQs page, or call us at 866-700-9300 if you have any questions. You can also use our contact form to schedule your installation.

General,
What Is An Ignition Interlock Device? Continue Reading » 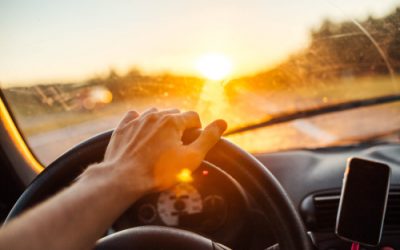