If you or a loved one has been arrested for DUI/DWI, you are probably familiar with an ignition interlock device (IID) and the restricted driving program that goes along with it. If you’re not familiar with what an IID is, visit our FAQs page for answers to many of your questions. But in a nutshell, an IID is basically a car breathalyzer that is hooked into your car’s starter. If the device detects even the smallest amount of alcohol on your breath, it locks you out, and you can’t start your car. Pass the test, and you can start the car.

All 50 states and the District of Columbia have ignition interlock device laws. MADD is pushing for all states to require the devices for all DUI/DWI offenses, including all first offenses. As of 2019, 32 states and Washington DC have an all-offender requirement, so anyone arrested with .08 or higher blood alcohol content (BAC) must have an ignition interlock device installed in their vehicle in order to get their full driving privileges back.

Nationwide, the .08 BAC is the standard for a drunk driving charge, although the state of Utah recently enacted the nation’s strictest drunk driving law, by lowering the BAC limit to .05.

Ignition interlock devices have been in use in the United States since 1986 when the state of California started a pilot program. Due to the success of that program, just this year, California expanded the pilot program to the entire state. And according to a report from Mothers Against Drunk Driving, ignition interlock devices have stopped more than 2.3 million people from driving drunk since 2006. That figure is probably now much higher because the report measured IID data through 2017.

A study published in the American Journal of Preventive Medicine called “Ignition Interlock Laws: Effects on Fatal Motor Vehicle Crashes, 1982–2013” had some key points worth noting:

The Centers for Disease Control (CDC) worked with the Florida Department of Highway Safety and Motor Vehicles (FLDHSMV) on a study that then compared the rate of recidivism (repeat offense) of the group who were mandated to participate in alcohol abuse treatment with a control group who were not required to get alcohol treatment. Both groups had ignition interlock devices installed in their vehicles during the study.

The study showed that during the two and a half years after the ignition interlock device was removed, the group that received alcohol abuse treatment had a 32% lower recidivism rate than the group that did not receive treatment.:

It’s estimated that the lower recidivism rate resulted in:

The study even had a positive economic impact on the state of Florida:

State laws regarding drunk driving and ignition interlock devices are changing all the time. What is not changing is ALCOLOCK’s dedication to providing quality service to our customers. Our goal is to help you succeed in your restricted driving program.

At ALCOLOCK, we make scheduling your ignition interlock device installation easy. With hundreds of locations across the country, you can schedule installation at a location convenient to you. Use our contact form, call us at 866-700-9300, or call one of our certified installers directly. We can generally get you scheduled within 48 hours of your call.

General,
Do Any States Require Me To Install An Ignition Interlock Device After A DUI? Continue Reading » 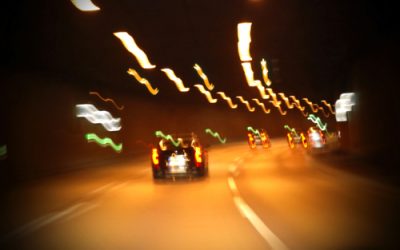 General,
How Long Do I Need an Ignition Interlock Device on My Vehicle After a DUI? Continue Reading »