How Long Does a Lockout Last on an Interlock?

You know by now how an ignition interlock device (IID) works. Pass the breath test, and you can start your car and hit the road. Fail the test and the device won’t let you start the car. In other words, it locks you out. But just how long does a lockout last on an interlock?

That depends on a number of variables, including which state you live in. While all 50 states have ignition interlock laws, how they run the program and the specific rules that apply are different.

Two Types of Lockouts on an Ignition Interlock Device

There are two types of lockouts on an ignition interlock device: temporary, and permanent (don’t worry, it’s not really permanent). But you may have to get your car towed to your interlock service center.

A temporary lockout is when you fail a startup test and the device detects a blood alcohol content (BAC) of .02-.025 or higher. The lockout period is how long you have to wait before you can submit another breath sample to try again. As we mentioned, states differ on the specifics of their interlock program rules. But, for instance, under Pennsylvania’s ignition interlock program, the lockout period after failing an initial startup test is 5 minutes. If you take the test in 5 minutes and your BAC is still above the limit of .025, the next lockout period will be 30 minutes. Each subsequent lockout will also be 30 minutes.

In addition to the startup test, you are required in all states to submit to random rolling retests. The interlock device will prompt you to submit a breath sample at random intervals while you are driving. In Pennsylvania, you have 6 minutes from the time the device alerts you until you have to submit a breath sample. This allows you to make sure it is safe to do so. If you skip or fail the rolling retest, the device will not shut off your engine. It will record what happened, and your horn may start honking. You will need to pull over and turn off the ignition. In some states, you just have to wait five minutes, and then you should be able to perform a new startup test. Failing a rolling retest results in an early recall, which we discuss below.

An early recall means the device alerts you that you need to bring your vehicle in for a service visit, because of a program violation. Program violations can include:

Avoiding a Lockout on an Interlock Device

You can avoid a lockout on your ignition interlock device by following the program rules. Don’t attempt to drink and drive. Take the rolling retests when you are supposed to.. Don’t try and tamper with or remove the device. And pay your bills. Repeated program violations can result in some serious consequences, including:

If you haven’t had anything to drink within the last 24 hours and you still fail the test, don’t panic.  Certain foods and energy drinks, as well as some medications, may contain enough alcohol that if you just consumed them, it’s enough to register a test failure. Rinse your mouth out with water and try again.

To schedule your ignition interlock device installation appointment, just call the ALCOLOCK service location nearest you. We have locations across the country. You can also call ALCOLOCK directly at (866) 700-9300. Be sure to have your DMV/DOT paperwork with you when you call, as it has some information on it that we will need to confirm your eligibility.

General,
How Long Do I Need an Ignition Interlock Device on My Vehicle After a DUI? Continue Reading » 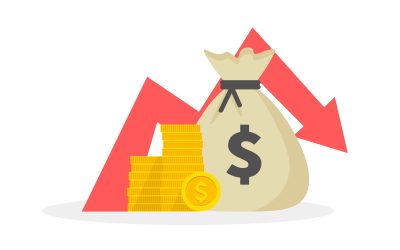